Last weekend falls under our ‘whirlwind’ category of life experiences. When I think back on it if feels like it was 4 or 5 days long! Which is great because if felt like we were able to live life to its fullest. We started out with a mellow date night on Friday night. We had a wonderful meal, wine, and shared our lives and brainstormed new product ideas and marketing plans. The next day we celebrated the birthdays of our youngest son, Austin (who we lovingly call Austi, which phonetically sounds like our favorite champagne.) and our little niece, Gracie. We had a hilarious time, literally bouncing off the walls, with friends and family at a local jumping arena, Pump It Up.

While goofing off with our kids and siblings, Sara and I made spontaneous plans to hit the Comic Con festivities in Downtown San Diego later that afternoon with our brother and a couple of our life long friends. It has been about a decade or so since I last attended Comic Con and it was absolutely mind-blowingly chaotic. Well, much has changed in the last 10 years. It’s now virtually inexplicable! The event is so big now it encompasses almost the ENTIRE ‘Gaslamp’ district including our beautiful baseball arena, ‘Petco Park’. From the 5K ‘Zombie’ run to the endless restaurants, pubs, and cosplayers, there’s so much to take in it’s impossible to take everything in during the entire 4 days the ‘Con’ goes on, let alone the 5 hours we were there. The energy and vibe of everyone there is exhilarating and entertaining. 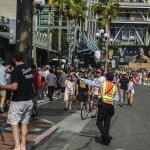 This is what we walked into right off the trolley…WHOA! 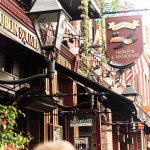 Our first stop of the evening, Dublin Square Irish Pub…YUM! 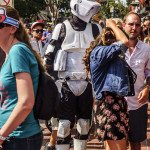 A VERY tall Imperial Scout Trooper…Are we on Endor??? 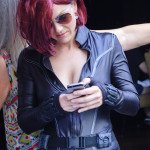 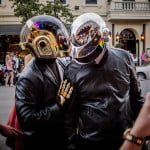 Daft Punk…I always wonder what you guys are talking about. 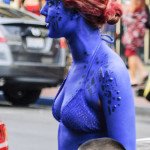 Mystique!…Didn’t see ‘Magneto’ around, but then again we weren’t looking. 😉 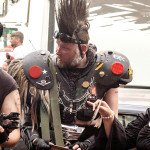 Character from Mad Max…How’d you get your hair to do that??? 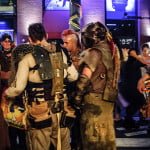 More Mad Max characters…I was afraid they’d turn around and take my camera by force! 😉 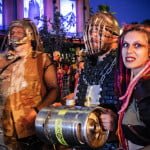 Mad Max characters again…I had to shoot and RUN I think she actually, WAS going to take the camera. 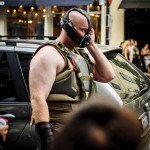 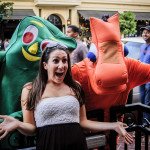 Meghan was SUPER excited to see Gumby and Pokey…but then again who wouldn’t be,? 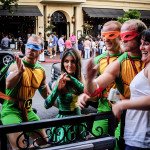 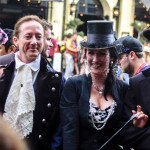 Random Goth cosplayers out on the town…those costumes were NOT cheap! 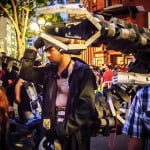 Doc-Oc!….I swear that arm at the top wanted to steal my camera too! 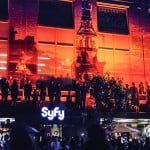 The SyFy channel…Dude! Did SyFy build a bar in Downtown SD??? 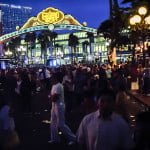 Is this Main Street USA in Disneyland or 5th street…Wait, where’d my group go??? 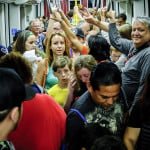 I hope their on this trolley heading home. I have the car keys.

We first stopped off at our personal favorite Irish pub, Dublin Square. The food and drinks are inspirational and the atmosphere is warm, understated, and comfortable. It was a happening place that evening. We still were able to get a table right away, but we had to stay vigilant to snatch it up quickly.

After that we decided to stroll through 5th street, the main street of the ‘Gaslamp’. This was where we were able to do some serious people watching and it didn’t disappoint. The cosplayers extended from the amazing ‘film quality’ costumes, of people who also acted out there characters’ persona, to the ‘casual’ cosplayer whose intent was to be a ‘cheerleader’ for the movement with humorous interactivity of passers-by and photo hounds. It’s a fantastic place to let your ‘inner geek’ out with fellow ‘nerds’. It’s cool to be a ‘nerd’ FOR SURE these days!

The next day we attended the ‘Dierks Bently’ concert at the ‘Sleep Train’ amphitheater, with some of our favorite people, Sara’s sister and brother-in-law and friends. As we tail-gated we got to know new people, shared jolly anecdotes, enjoyed refreshing cocktails, and shared a rousing ‘Chive On!‘ with fellow ‘Chivers‘ at the concert since Sara and I each wore our KCCO (Keep Calm and Chive On) shirts. The concert it’s self was fantastic and each act didn’t disappoint! 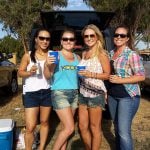 Jessica, Sara, Lisa, and Stacey, making us husbands look GOOD because…well…NO ONE was looking at us with them around. We’re good with that! 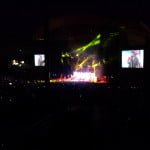 The Concert has begun!

All in all it was a beautiful weekend and we look forward to what life brings next! 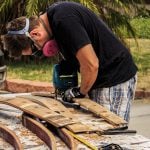